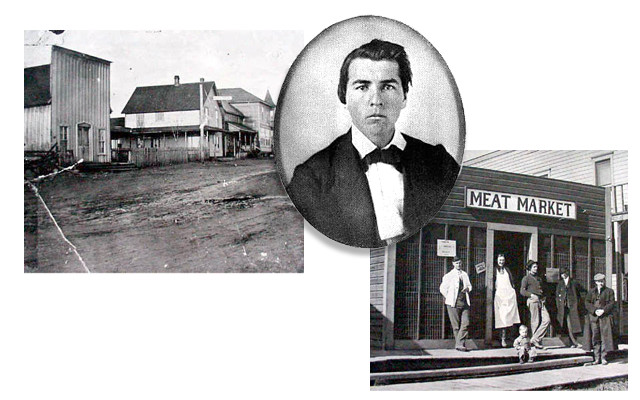 Yelm is an unusual name for a town, birthed in the shadow of Mount Rainier, with a rich and unusual story. The word “Yelm” comes from the coastal Salish word “shelm,” which means “shimmering heat waves from the sun.” The Yelm Prairie was originally inhabited by members of the Nisqually Indian Tribe, who lived in the South Puget Sound watershed long before 1833 when Fort Nisqually was established as the first white settlement on Puget Sound. The Nisqually people came north from the Great Basin, across the Cascade Mountains, to settle near the Mashel River and outlying areas. They were a fishing people, living off of the rich bounty of the river and sustaining life for their home and environment. The Nisqually Reservation today, just outside Yelm, is 1,280 acres alongside the Nisqually River. The tribe has more than 650 enrolled members, the majority living on or near the reservation. They are an entrepreneurial tribe that has grown to become one of the largest employers in Thurston County while building a national reputation for environmental stewardship programs, which have protected and enhanced our natural environment for decades.

The first permanent American settlers came in 1853 to join the Hudson’s Bay Company sheep farmers who were already in the area. With the coming of the Northern Pacific Railway in 1873, Yelm began to prosper, having found an outlet for its agricultural and forestry products. Its economic base was further enhanced in the early 1900s when an irrigation company was formed in 1916, making Yelm a center for commercial production of beans, cucumbers, and berries. Yelm was officially incorporated on December 10, 1924. The Pride of the Prairie was the historical gateway to Mount Rainier National Park before modern roads made accessing the park much easier. James Longmire, one of the founders of Yelm, had blazed a trail to the base of the mountain, guided the first climbers there, and later established a lodge at Mount Rainier National Park that now bears his name. Yelm’s Historical Museum is a must-see for Mount Rainier and mountain climbing fans alike, with free admission, thanks to the City of Yelm and the Yelm Historical Society.

To a large extent, Yelm acts as a bedroom community for residents working in the surrounding cities of Tacoma, Olympia, and Centralia. Yelm also hosts a large number of military families who are currently or were formerly stationed at nearby Joint Base Lewis-McChord. Ramtha’s School of Enlightenment, located on an 80-acre campus just outside the city limits, draws hundreds of students to the area for events throughout the year.

The population of Yelm was 6,848 at the 2010 census, ranking it tenth of 279 eligible incorporated communities in the state of Washington for population growth between 2000 and 2010. Today the world of the original Indian settlers has merged with the first American settlers of the West, and they strive to work in harmony, never losing sight of the ultimate respect for the environment and creating a sustainable life for people who make their homes here.